NEWS and other stuff

"Storm Up the Sky," a short I have a small part in, has been chosen to appear in the Tribeca Film Festival.


Reprised my role as the bartender in another sketch on
Late Night with Jimmy Fallon.


ESPN commercial
National commercial in which I have a speaking role has started to air. Click on the picture to view the spot. 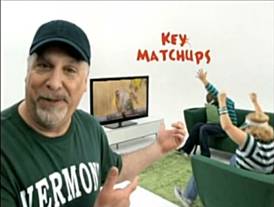 Worked in another comedy sketch on
Late Night with Jimmy Fallon playing the bartender in a sketch called At the bar with Roger Federer. My reaction shot gets an audience laugh :-)

Performed voiceovers in 3 videos produced by Disney Educational Productions about the Holocaust: a Rabbi character, a Jewish ghetto internee, and an American diplomat. Click here to hear my voiceovers.


Super Bowl 2010 commercial! I was in the "Punxsutawny Palomalu" Super Bowl commercial for truTV's NFL Full Contact. I was one of the town elders in a top hat on the stage.

Made my network debut in a comedy sketch on Late Night with Jimmy Fallon as a member of the "Was-Not-Wozniak Dance Troupe," a spoof of Dancing with the Stars. Click on the image below to watch excerpts. 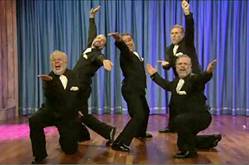